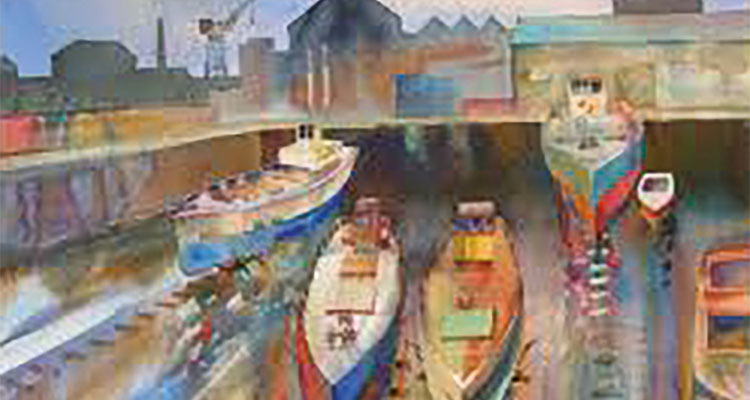 Richard’s time in the Art School at Stowe provided a foundation for his future as an artist. He also studied experimental abstract painting at the Department of Fine Art, Southampton Institute of Education. Formerly a partner in Plincke, Leaman and Browning, Architects, Richard followed a second career as a professional artist. His approach to painting evolved over many years and his style attained a level of expression that evokes freshness of atmosphere, and sometimes the activity and excitement of the scenes of the ideas depicted. Richard was elected to the Royal Institute of Painters in Water Colours in 1984.

He exhibited with the RI, the RA and the Royal Society of Marine Artists as well as in numerous galleries around England. Richard was an annual exhibitor at the Mall Galleries with the RI, the RSMA, the ROI and the Pastel Society; also taking part in travelling exhibitions with the RI to Seattle, Vancouver and Belgium and a travelling RWA exhibition in 1989. Richard had an exuberant enthusiasm for painting, the RI, art and for life in general.