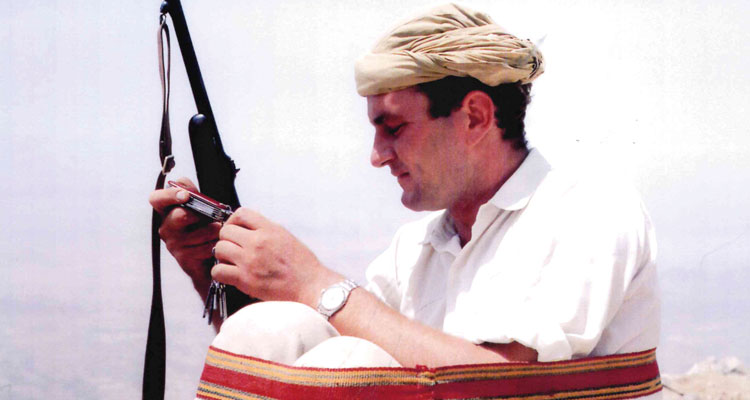 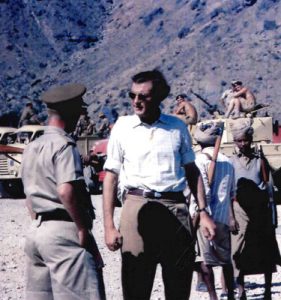 James Nash, who died on the 24 August aged 86, will best be remembered as an adventurer, aesthete and poet. His two older brothers, Michael and Peter, had preceded him to Stowe and to maintain the family tradition, it was Stowe that James sent both his sons, Tom and Matthew. Ever impatient to get on with life, James left Stowe before his 17th birthday to join the family’s paper manufacturing business. This was not entirely to his taste, but National Service from 1953 to 1955 with the 9th/12th Royal Lancers, mainly in Malaya during the Emergency, might have beckoned his military career following those of his father and brother Peter, then a regular with the Coldstream Guards. Instead, James embarked on a two year long solo walk from Venice to Addis Ababa.

In 1965, James married Sally Randall and in 1966 joined the Foreign Service. After two years working mainly in London and Bahrain, he launched out into a new career and duly qualified as a Chartered Surveyor, working principally in the City of London and Cairo from 1969 to 1988.

After retirement in 1988, James’s thirst for adventure remained unassuaged, and to raise money for the Knights of Saint John Eye Hospital in Jerusalem, rode alone from Istanbul to Jerusalem with a horse and cart – an arduous journey vividly described in his book Quixote in a Cart.

James’s public offices included his governorship of the Alexandria Schools Trust, Secretary to the Ward of Cheap Club, Liveryman of the Worshipful Company of Broderers, Freeman of the City of London and Knight of the Order of Saint John. A gourmet and first-class cook, a fine photographer, passionate gardener but above all a poet whose volumes of verse reveal this Renaissance Man’s deep artistic sensibility.

His first marriage was dissolved in 1984 but that to Ann Allen in 1991 brought great happiness to both and it was Ann’s unswerving love and devotion that made the sad decline of his final years bearable. A generous and gallant warrior of many talents who preserved his robust sense of humour to the end, James’s memory will be revered by all who knew him.