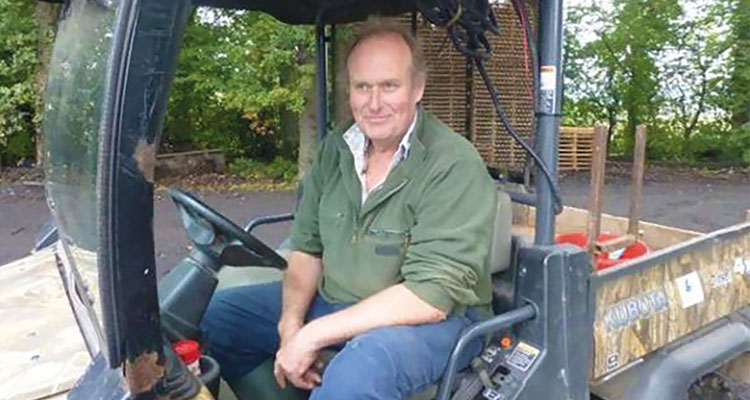 Chris Leyland MBE, who died aged 62, was a farmer, inventor and entrepreneur, who will also be remembered as a progressive Park Manager for the Chillingham Wild Cattle Association, as well as for his charitable work for the older people of Belford in his native north Northumberland, for which he was awarded an MBE.

After Stowe and RAC Cirencester, Chris developed a fascination for many aspects of the natural world as well as basic engineering principles. He travelled overland to Australia with Simon Shirley-Beavan before returning to farm in Northumberland. Alongside conventional farming activities at his home at Greymare, he pioneered several alternative business ventures including the extraction of peat, the production of ‘Haymax’, a specialist type of haylage for horses and, later, with his half-brother Tim, ‘Bedmax’, an equestrian bedding product made from dried wood shavings.

Chris’s infectious humour, energy and inventiveness won him the affection and admiration of north Northumberland’s farming and wider communities, where he will be greatly missed by his many friends.

The nature of his funeral, for which Chris had left some ‘instructions’, was particularly memorable in that his son Ben and my son, his nephew, Michael Leyland (Walpole 10) hand dug his grave at Kyloe, which they did magnificently.

His coffin was pushed on a specially constructed bier, from his home at Greymare, to West Kyloe – a cross-country journey of some 5 ½ miles – accompanied by over 80 relations and friends. The route took him not only through both his and his brother Hughie’s farms, but also through the magnificent and famous Kyloe Woods, which were largely planted by his great-grandfather between 1900 and 1926. On his instructions, fortifying refreshments were provided at several stops along the way. Many more joined those who had walked for a service at West Kyloe.

Christopher married Georgina Chichester in 1985. He leaves her, as well as their daughter Emma Rose and son Ben.