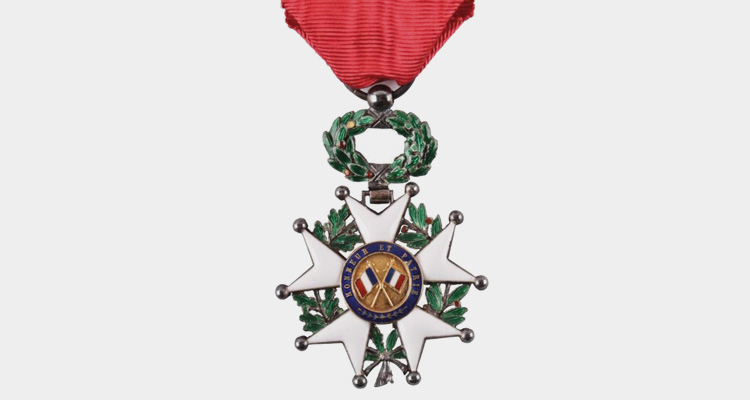 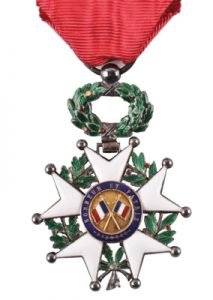 In October 2015, Lt Col Aidan Sprot (Chandos 37), was honoured by the French government, 70 years after he helped liberate their country. Aidan was amongst the Allied Forces who forced the Nazis out of France during World War II. He was one of nine of the heroes from Scotland who were each awarded the French Legion d’Honneur, France’s highest National Order, at a ceremony on board French Navy Destroyer, Aquitaine, in Leith.

Aiden, who is now 100 years old, was a Captain in the Royal Scots Greys when he crossed to Normandy on June 9, 1944, and saw continuous action around Caen and Falaise until August. He then pushed on to the river Somme and finally to the Belgium Frontier on 5 September 1944.

The medals were presented by Emmanuel Cocher, Consul General of France in Edinburgh and Glasgow and Rear Admiral Patrick Chevallereau, the French Embassy’s Defence Attaché. A spokeswoman for the French Embassy said:

“The veterans were being honoured for the role they played in securing France’s liberation during the Second World War, with many of them having taken part in the D-Day landings in June 1944. It is an honour for the French Consul and Defence Attaché to present the veterans with the Légion d’Honneur. France will never forget the gallantry and bravery they showed in taking part in the Liberation of France 70 years ago. The actions and sacrifice of these men, and that of so many who fell on the battlefield, was instrumental in bringing back freedom and peace in France and across Europe.”