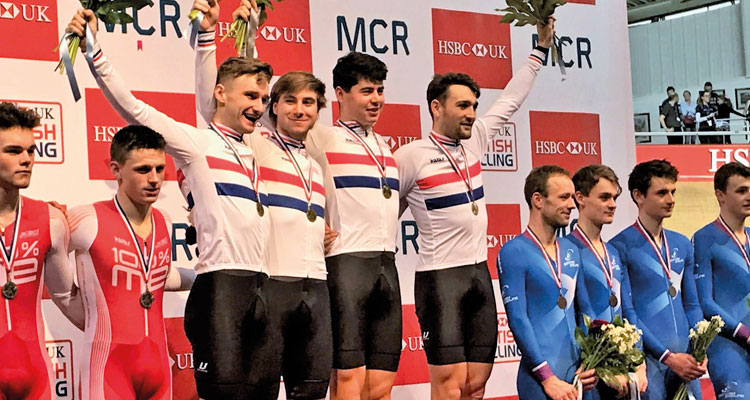 Jonathan started cycling while in the VI form at Stowe, hiding his bike under his bed much to the displeasure of his matron! While studying Psychology at Loughborough University, Jonathan won nine golds and three silvers in the prestigious British Universities and Colleges Sports Championships, competing both on the road and track. In 2016 Jonathan made the decision to focus specifically on the track, leading to his best results to date, a bronze medal in the Kilo at the Scottish National Championships. Most recently, Jonathan became British National Champion in the Team Pursuit with his brother NRG team mates, a result notable in it being the fastest ever time recorded at the British Championships and beating the GB academy in the process. We wish Jonathan the best in his quest to compete for Scotland at the 2018 Commonwealth Games in Australia.