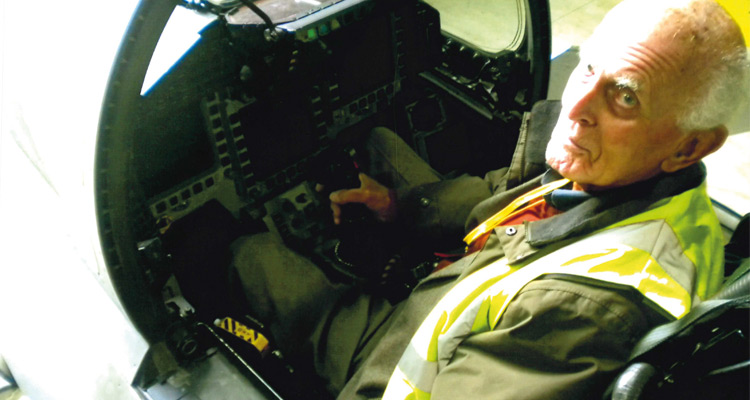 Jock celebrated his 90th birthday in 2019, largely with a magnificent party put on for him by St Edmund’s School Canterbury where he spent all of his working life – drinks, entertainment and dinner for 100 guests. He also spent a week with relations in Cyprus, played tennis once (just to say that he played into his 90s) and sat in the cockpit of a Typhoon at RAF Lossiemouth, belonging to a squadron commanded by a former pupil at St Edmund’s (the third one to command II(AC) Squadron this century).