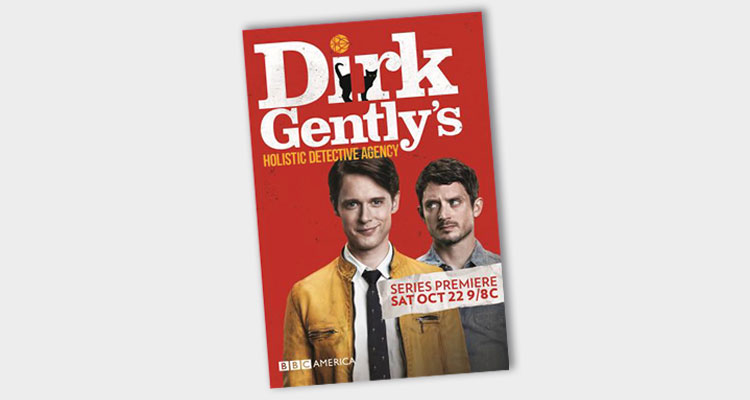 Arvind Ethan David (Chatham 93) is the Executive Producer of Dirk Gently’s Holistic Detective Agency, a new TV series, staring Elijah Wood and based on the Douglas Adams novels, that will premier in the UK and globally on Netflix in December, following a US launch on BBC America.

In 1992, as part of the House Drama Festival, Arvind and James Goss (Chandos 92) wrote a play based on the novel Dirk Gently’s Holistic Detective Agency by author Douglas Adams. Arvind also directed and played the titular detective. That house play started a journey, which resulted in Arvind and James meeting Douglas Adams, launching both their careers as writer-producers and now, culminates in this television series.

The dedication on the play reads: For PASF in memoriam, and to SGAH, AGM, SHCR and all the teachers at Stowe School who believed in two improbable teenagers.