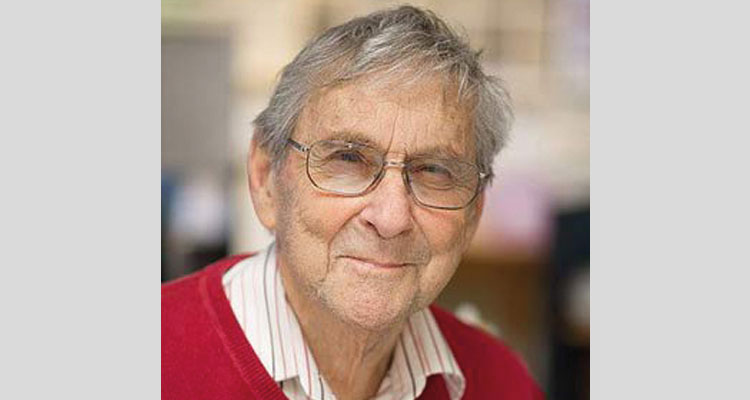 Peter Rossdale was the first vet to base the treatment of foals on scientific evidence. For this he earned the respect of colleagues around the world — but not of his teacher. While a student at the Royal Veterinary College he attended a lecture about the importance of sticking to traditional methods of treating horses. He and his friend, the future professor of pathology Ian Silver, asked the lecturer what evidence there was that these traditional remedies worked.

“You’re pleasant enough, lads,” the lecturer replied. “But you’ll never become successful veterinary surgeons until you get rid of all this scientific nonsense that has been crammed into your heads.”

In fact, Rossdale went on to spend his life cramming his head with “scientific nonsense”, and cramming the pages of academic journals with it too, while running a practice of more than 50 veterinarians.

Gathering data from the horses he treated in Newmarket, Suffolk, he wrote papers on subjects including how to measure the blood pressure of foals and how to assess mares’ readiness to give birth. Among his most cited papers were those on how the early lives of racehorses affected their performance as adults. Veterinarians came from far-off countries to practise with him at Rossdale & Partners in Newmarket, where he marshalled his surgeons with an infectious enthusiasm, ushering them to work with a cry of “quick sticks, quick sticks”. His charisma flowed in part from his sense of mischief. Having gathered his students to inspect a mare one Easter Sunday, he reached his hand into her then muttered “oh, that’s interesting”. He withdrew his hand, opened it to reveal a Cadbury’s Creme Egg, then wished everybody a happy Easter.

Peter Daniel Rossdale was born in London in 1927, the fourth child of George and Kate. George was an eminent doctor, who would go on to practise in Harley Street into his nineties. It was from his example that Rossdale acquired his capacity for work and his sense that medical practice was not so much a job as a way of life. In 1939 he was evacuated from London and boarded at Stowe. He was interested in horses and his first ambition was to become a jockey, but he soon set his sights on becoming a veterinary surgeon. Teachers told him that veterinary practice was less reputable than medicine; he told them he would “rather be a first-class vet than a second-class doctor”.

He read natural sciences at Trinity College, Cambridge, then, in 1948, entered the Royal Veterinary College, studying in Camden then in Streatley in Bedfordshire. He was taken on by a veterinary practice in Rye. While there he enjoyed some success as a jockey, which gave his employers the impression he was a playboy. “In fact,” he said, “I was a very studious and seriously minded young veterinary student with, I suppose, my fair share or more of ambition.”

In 1954 he married Jill Clifton, the daughter of a Kentish farmer. They had three children, Simon, Anthony and Sally, who lead private lives. The year after he married, Rossdale joined a practice in Newmarket (Reynolds, Leader, Day and Crowhurst).

Mares always give birth at night and Rossdale did not mind that the older veterinarians gave him the job of looking after them. Sometimes, if it required him to break away from a social engagement, he would do so in black tie. As soon as the foal was born, Rossdale, equipped with a pack of ginger nuts, would grind one of the biscuits up into a paste and smear it on the animal’s bottom lip.

In 1959 he set up his own practice. The addition of the veterinarian Michael Hunt in 1961 loosened his schedule somewhat, but he did not ease off. Having been awarded a fellowship of the Royal College of Veterinary Surgeons in 1960 for his work on the clinical features of the newborn foal, he pursued his second career as a researcher, working on more than 150 papers. From 1979 to 2010 he edited the Equine Veterinary Journal and with Sue Wreford he wrote The Horse’s Health From A-Z. He was appointed OBE in 1998 for services to equine veterinary practice. In 2003, Jill having died of cancer in 1999, he remarried. Mary Sharkey survives him along with his children.

Referred to as “PDR”, he described his role within his practice as that of a “catalyst”. He had a gift for spotting talent, advising one of his stud vets that he absolutely must take the chance to work in the stables of the shah of Iran. It seemed to his colleagues as though he had a clairvoyant knowledge of when mares would foal. That illusion was dispelled when they discovered the cameras he had installed in the foaling boxes.

Ever-curious, he was fascinated by the question of why bonobos resolve their disputes more amicably than chimpanzees, even though the two are closely related. It saddened him that humans often resolved their disputes more in the manner of the latter, discriminating fiercely against people outside their group. In his last days he was writing a book about the evils of “groupism”.

Extracted from The Times