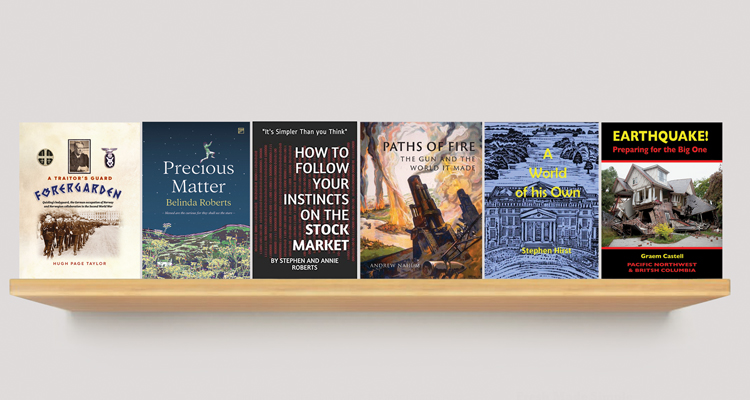 Vidkun Quisling, Norway’s infamous Nazi collaborator, was perhaps the world’s most renowned traitor. In early 1942, when he rose to power in occupied Norway under German occupation, a small paramilitary unit was charged with his personal protection. It came to be known as ‘Førergarden’ or the Leader’s Guard.

In ‘Førergarden: A Traitor’s Guard’ Hugh Taylor relates the untold story of this unit in an engrossing portrayal of its characters and functions, all with a meticulous attention to detail. Starting with a history of Quisling and his nefarious role in the German invasion of Norway, the book moves on to numerous studied chapters covering every feature of Førergarden, from its complicated and disputed beginnings to its uniform and regalia (one of Taylor’s specialisations).

Hugh is not averse to the difficult questions inevitably raised by his subject and he gives much thought to the role that Førergarden played in both the German occupation and the Holocaust. As a result, this book is a far-ranging and meticulous study of not only ‘Førergarden’ but also the complexities of German occupation together with Norway’s collaboration and resistance.

The product of over 50 years of research, Hugh’s book brings together an extraordinary amount of information, including never before published photographs and documents, and it is destined to become an authoritative text on its topic. Scholars of the Second World War and Axis history in particular will appreciate the new perspective that this book brings to the subject.

Agatha Whisper knows her son is different. Wilfie struggles in class yet his knowledge of space is far beyond his years. He is a visionary who believes the skies above will one day be his. And that spells danger in a world that is forced to look to the riches of the universe for survival in the aftermath of a natural disaster. Can Agatha keep her son safe in their remote moorland home? Or will her own dark secrets put Wilfie in even greater danger?

Poetic and tender, ‘Precious Matter’, reveals how, even in our bleakest moments, our capacity for love endures.

During March lockdown of 2020, my father and I decided to embark on writing a book about the Stock Market. We didn’t want the book to cover the intricacies of valuations and government bonds, but instead, to show people that investing is actually simpler than you think.

As we all know, the pandemic has changed consumer habits and trends for the better, so where should we be investing our money? Trends such as a cashless society and an increased health awareness have all been accelerated by Covid-19.

In our book, we cover how to turn these growing trends into brilliant investment opportunities. The book guides you towards the perfect stocks to invest in, whilst giving you simple investment tips that will help you with future investments.

We have written this book with the aim of not only engaging established investors but to encourage the disenfranchised younger generation. The book captures both audiences effectively through using the knowledge of an experienced investor together with someone from the younger generation who has an interest in business.

If you are looking for an easy to read yet thought-provoking book, you can purchase, ‘How to Follow Your Instincts on the Stock Market’ on Amazon in either paperback, kindle or audible. Hopefully you can be inspired.

Paths of Fire: The Gun and the World It Made by Andrew Nahum (Walpole 63)

If you squeeze the trigger of a Kalashnikov, a bullet is kicked up the barrel by an archaic chemical explosion that would have been quite familiar to Oliver Cromwell or General Custer.

The gun, antique, yet contemporary, still dominates the world.

Political and international structures and consumer culture have been moulded by research that firearms have provoked; the new science of Galileo and Newton owed much to the Renaissance study of ballistics.

The more recent advances of mass production and in the development of artificial intelligence are also deeply rooted in gunnery research and development. This book follows the surprising scientific and social legacy of the gun, extending far beyond warfare, from the first cannons, to modern weapons, to Star Wars and the yet to be realised electrical futures of rays and beams

When a boarding school suddenly has to go self-sufficient for an indefinite period of time in the 1970s, the hierarchy soon shifts: Tork, a visionary creative, whose natural place has always been on the periphery, is soon drawn into the centre, where leadership and management lurk.

If you live in bucolic Burton-on-the-Water or seismically unchallenged Chelsea, this book may not be for you. If, on the other hand, you (or others you know) live on the West Coast of the United States or in southwestern British Columbia (or in any wildfire-, flood-, hurricane-, or other natural disaster-prone spot in the world) this book could save a great deal more than your bacon. Really!

In the last 5,000 years there have been 22 monster earthquakes in what is now described as Cascadia. The average interval between these has been 218 years and the longest 330 years. Our last one was 322 years ago. The next one is due.

The American and Canadian governments, national and regional, are spending billions of dollars on preparations. Both countries’ militaries, emergency services and aid agencies have been rehearsing for years. The public, however, is largely in denial, bumbling along in what many of us regard as lotus land.

For the millions who will sooner or later be caught out by this largest-ever North American natural disaster, the consequences of being unprepared will be mind-numbingly catastrophic. That moment could be before you finish reading the next sentence.

This surprisingly readable, user-friendly, definitive guide, written under the pseudonym Graem Castell and due out mid-2022, is likely to be anyone’s easiest and most effective route to genuine preparedness. It’s different!

Hall for Cornwall by Chris Warner (Walpole 62) and Sarah Smith

A revealing behind-the-scenes honest account of the ups and downs of the original Hall for Cornwall Campaign, this new book reveals how a small group of people, who attempted to persuade the authorities to provide Cornwall with a decent theatre and concert hall, were crazy enough to take on the job themselves.

It’s a tale of how they survived political intrigue, near bankruptcy, a High Court Writ, the planners and fierce opposition and eventually managed to replace a near derelict Grade 2* listed building with a spectacular 1,000 seat fit-for- purpose hall.

Told through contributions from many of the people who were directly involved – Ben Luxton, City Hall staff, trustees, volunteers, bystanders, the design team and the contractors – the book provides a unique insight into what it was like to transform a dream into a reality.

This book can be purchased at hallforcornwall.co.uk and the first chapter can be read here.