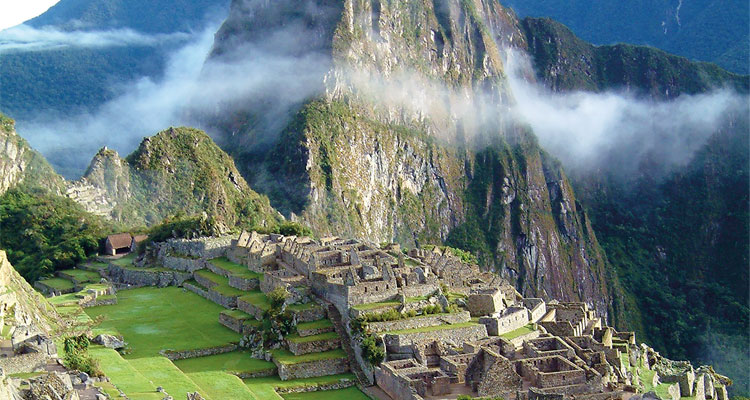 Machu Picchu in the Sunrise

AN OLD STOIC’S DIARY FROM PERU

I had a dream once! My childhood ambition since I was five years old was to join the Royal Navy and follow a path that had seen one family member of each generation serving as an officer at sea since the inception of the Hudson Bay Company.

This included a direct relative who served as a midshipman with Lord Nelson on H.M.S. Victory at the Battle of Trafalgar. I have remained both an unashamed patriotic traditionalist and also a very proud Old Stoic! This diary is a telescopic view of my story that has taken me to four continents.

Although I was not smart enough to obtain a scholarship to the Officer Naval College at Dartmouth, I believe I have enjoyed favourable sea breezes that have filled my sails! I have managed two significant international drilling companies. I have led, as I would a commander of a frigate or ship of the line, with discipline, confidence, comradery and a winning spirit. But I am now captain of my own company with a crew and a tactical strategy to leave a legacy, and the rest will be a part of my history which is recorded here.

I left Scotland reluctantly in 1969 and arrived in Vancouver with US $55 in my pocket to challenge myself. During a period of adaptation where I required time to land with my feet on the ground, I milked cows, sheared sheep and spent time as a lumber jack but I knew that I could do better.

One day I decided to have a beer! In a bar called the Blackstone on Hastings Street, downtown Vancouver, I was offered a job as a helper on a drill rig in the Canadian Arctic. Eleven years later I became General Manager of the same Canadian company. I then accepted a transfer to Chile with this same drill contractor. After declining the opportunity to return to Canada four years later, I set up my own company with headquarters in Lima. The advantages of this location in South America were also recognised by the colonising Spanish centuries before! I thought there would be no looking back, but I have proved myself wrong, as I will describe.

For now I remain in Peru after major stopovers in Canada, Chile and Mexico! I have worked in every country in Latin America from Mexico to Patagonia. Peru certainly is not Britain. I truly have missed walking upon England´s mountains green, but also the glens of Scotland! As I age and hopefully become wiser the calling to return to my roots becomes stronger.

But some members of my family in Britain mentioned that so much has changed since I left in 1969 that I would be disappointed. I would like to go back soon and prove them wrong! In the field, my nickname is William Wallace after BraveHeart, but my heart never left.

So, I ask myself what am I doing in my life´s journey? I have taken the time to reflect and attempt to reason my path if I had not taken that beer in Vancouver. While living in Peru since 1995 I have attempted to live like a Peruvian, but UK mining giant Rio Tinto has unquestionably remained my most important client throughout South America and Asia.

There are some additional great British companies in Peru, including Lloyds Register, BP, Standard Chartered Bank, Unilever and others with British roots including Anglo-American and, of course, Kennedy Exploraciones, a company that I established over twenty years ago. I have accepted the responsibility to maintain the highest international drilling and exploration standards for my clients on four continents including those in China and Mongolia in Asia, also the Eastern and Western Canada Arctic, Finland, the Republic of Ireland and throughout Latin America.

My priority is to do something for the planet and follow the green way. For example, I now focus on grass roots exploration that leaves a light environmental footprint. For, if the mining and exploration industry is to flourish, it needs access to new land with limited access but this must be done in a responsible manner. But even environmentalists, who protest against this  sector, drive cars and use appliances made from minerals. Peru is now in a strong position and will advance according to the success of this industry as did countries before including Canada, Australia, Brazil, Chile, South Africa and others.

Community issues remain a concern and I have prepared courses and lectures to inform local inhabitants in rural areas that mining does not contaminate and pollute water sources any more and confirm that they can benefit by providing an improved quality of life for their children. This is now my objective to participate in the reduction of poverty in new frontiers.

And then there is global warming. For the last twenty years I witnessed the shrinking of my favourite beach in the north of Peru because of rising sea levels. So, from my perspective another green idea is that we must halt the warming of our planet. Our survival surely represents the best unifying challenge and opportunity that can assist in the elimination of conflict, hunger and wars. Individually we must all accept part of the responsibility to make the changes. Otherwise we will follow the way of the dinosaurs. The big difference is that the dinosaurs could do nothing regarding their fate, but we can! I invite any Old Stoic with the same goals, perhaps on this Continent, to join me and help make a difference together to this developing region.

The photos show Peruvian iconic images that are truly spiritual and still beyond our current comprehension. The first of Machu Picchu is one of the current man-made Wonders of the World. Access is by rail from Cusco, built by the British. The other photo is of the Lines of Nazca whose origins still remain a mystery.

I remember the playing field at Stowe where I learned to compete fairly with a team spirit and this came to serve me well on the broad world stage that I know. While I never became the sailor that I wanted to be, I have crossed several oceans and I have called many ports my home! But I miss the pubs, the fish and chips, the home of rugby and the

Corinthian Arch! Above all, I remember the people, the tradition, my country that is my beloved Britannia. I will return and I hope to see Great Britain with the Union Jack flying as the banner over a United Kingdom!