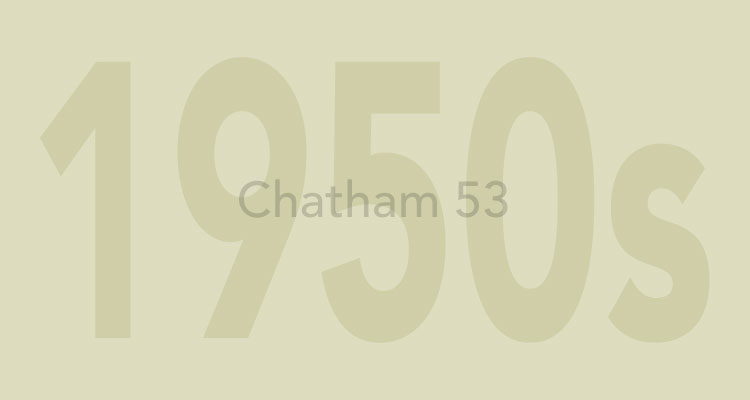 Alan Williams, who has died aged 84 after contracting Covid-19, was a roistering foreign correspondent whose early life was only marginally less action-packed than his excellent adventure novels and spy thrillers.

As befitted the son of the exuberant Welsh actor and playwright Emlyn Williams, he cast himself somewhat self-consciously as a flamboyant adventurer and cut an ostentatious figure in the world’s trouble spots.

When he covered the Algerian War in the 1960s, his sharp reportage convinced both the Algerian and the French forces that he was a spy for the other side. Although he was in danger of attack, he presented an easy target as he refused to abandon his customary rig-out of white safari suit and panama hat. This involved some sacrifice for the convivial Williams, as the other reporters dared not sit near him in public.

The critic Mike Ripley, in his book Kiss Kiss Bang Bang, described Williams as the “‘bad boy’ among the British thriller writers who bloomed in the Swinging Sixties”. His most successful novel, The Beria Papers (1973), featured a penurious English author forging the diaries of Stalin’s secret police chief – a wheeze that Williams had himself once attempted, although unlike the character in the book he did not attract the attention of the KGB and come to a sticky end.

As with many of his novels, some of the most exciting scenes drew directly from Williams’s own experiences. One section was based on the occasion in 1967 when Williams and his friend Nicholas (later Lord) Bethell smuggled the manuscript of Solzhenitsyn’s prohibited novel Cancer Ward into the West through Czechoslovakia, risking their lives for no financial reward.

Williams’s next book, Gentleman Traitor (1975), took what was then the novel approach of weaving a fictional story around the Cambridge spies. The plot centred on a superbly characterised Kim Philby, bored with exile in Moscow and agreeing to take on a mission for British Intelligence in Rhodesia in exchange for a new identity.

Williams had on one occasion met Philby, ostensibly working as a journalist, in Beirut; he recalled that “Philby was entirely drunk – asleep draped over the bar,” but woke up instantly when somebody said “It’s your round Kim” and ordered drinks in perfect French. The next day Philby vanished, and was later revealed to have fled to Moscow. Decades later, a visitor to Philby in Moscow noted that he kept a copy of Williams’s novel on his shelves.

Alan’s younger brother was the actor Brook Williams, who became a close friend and frequent co-star of Richard Burton. In the 1970s Burton ejected Alan from a party he was hosting for Elizabeth Taylor in Yugoslavia, after Alan opined that it was a shame that he had not seen fit to invite any Yugoslavs; a lightly disguised version of the incident inevitably appeared in one of his novels.

After Stowe, Alan attended the universities of Grenoble and Heidelberg before reading Modern Languages at King’s College, Cambridge, where he gained a reputation for hard living that meant he was “the only Cambridge student in the Fifties not to be recruited, or even approached, by either the KGB or MI6”.

While still an undergraduate he attended a world peace conference in Warsaw and helped to smuggle the dissident student Stash Pruszynski out of the country. In 1956 he volunteered to deliver penicillin to Hungary so that he could witness the Revolution. After graduating he worked for the anti-communist Radio Free Europe in Munich, which was later revealed to be bankrolled by the CIA.

He then worked at the Western Mail in Wales before getting a job at The Guardian, where he outraged his new colleagues in an incident immortalised in Michael Frayn’s classic novel of Fleet Street life, Towards the End of the Morning. “I was the character who asked for Pernod in the local when the news editor was buying drinks. It killed my career,” he recalled.

Eager to escape his dull job and unsympathetic colleagues, he wrote his first novel, Long Run South (1962). “I have read a thriller by my godson Alan Williams … and it is really very good indeed,” Noël Coward recorded in his diary. “There is, as with all his generation, too much emphasis on sex, squalor and torture and horror, but it’s graphically and imaginatively written.”

The book featured an English journalist who gets mixed up in gun-running in Algeria – the first of many louche anti-heroes in his novels. “I had never been to Algeria,” Williams recalled. “I wrote it entirely off the top of my head in a moment of desperation. Then I joined the Daily Express and was promptly sent to Algeria, and I found things hadn’t changed a bit.”

Williams rapidly made enemies in Algeria and emerged from one press conference to find the word “Barbouze” written in the dust on his car. “This meant ‘spy for the French government’. I … went absolutely cold all over. Once you were accused of being a Barbouze you were in the morgue the next day.” But he lived to tell the tale and Barbouze was the title of his second novel.

His third, Snake Water (1965), was a yarn about a treasure hunt across the hostile terrain of an invented South American country. It was the only one of his books to be filmed, as The Pink Jungle (1968), starring James Garner. “I think it was the worst film I have ever seen in my life,” said Williams.

Meanwhile he fell out with the Daily Express and turned freelance, writing excellent dispatches from Vietnam for Queen magazine. Philip Purser, in his book The First Casualty, noted that Williams’s manifest masculinity ensured that the accreditation “Alan Williams, Queen” sewn on to his fatigues presented no ambiguity.

As an author Williams kept up a high standard over the course of 11 novels. The last, Holy of Holies (1981), earned the admiration of Robert Ludlum – “It will glue you to your chair with suspense” – and anticipated the airborne terrorism of the 21st century, with its storyline about a Soviet plot to crash an aircraft into the Grand Mosque in Mecca.

But, regrettably, there was no subsequent fiction. Williams found writing extremely gruelling, was often blocked and depressed, and self-medicated with alcohol. The end of his career as a novelist coincided with his giving up drink.

As relaxation he designed and built miniature windmills – there was one in the front window of his house, grinding Weetabix – and after he stopped writing he began to sell them, commanding huge sums.

Alan Williams was twice divorced; with his third wife, the literary agent Maggie Noach, he compiled The Dictionary of Disgusting Facts (1986) – “so disgusting that I felt my few remaining hairs stand on end”, declared Auberon Waugh. They were separated by the time of her death in 2006, and he is survived by a son and two daughters.