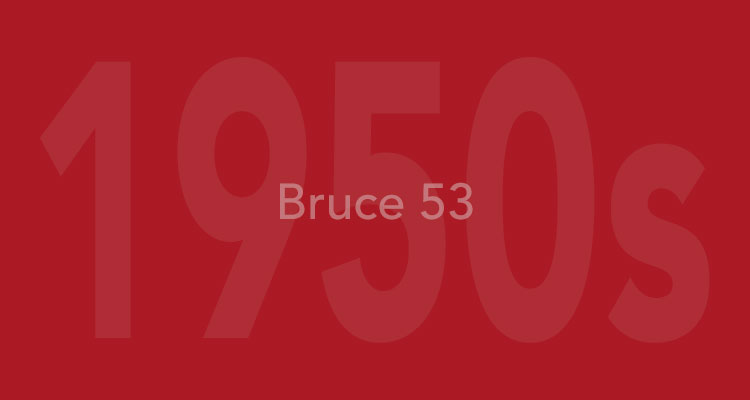 Alan writes, “Looking back, one of the most valuable lessons I learnt at Stowe was how to conquer fear. Climbing the cedar tree on the South Front taught me that in order to reach the highest point, it was necessary to cross over from one section to another. In order to do this, you had to negotiate what was known as the “Hobby Horse”. This consisted of two dead branches, one horizontal resting on the top of a vertical. You had to climb the vertical, then stand up on the horizontal. There were then three or four steps that needed to be taken in order to reach a secure handhold on the highest part. The drop was around 100 feet, so it took a bit of nerve. I’ve had an interesting life flying all round the world and this extra-curricular lesson came in handy. I was saddened to see that the lower branches have now been trimmed to prevent anyone climbing it again.

At age 85, I am afraid that I do not have anything interesting to report. My principal interest is planting trees and I still take part in amateur radio, the beginnings of which started at Stowe. The Radio Club was run by “Jimmy” Osborne and only open to members of the Middle School and above, however, with the support of Colin Davies I was admitted in my second term. I was known as “The Brat” and came in handy when going up on roofs to fix aerials. Now that I am old, my lifelong interest in radio is paying off as it is not exactly an energetic pursuit. I was a founder member of the Vintage and Military Radio Society, which now has world-wide membership.”