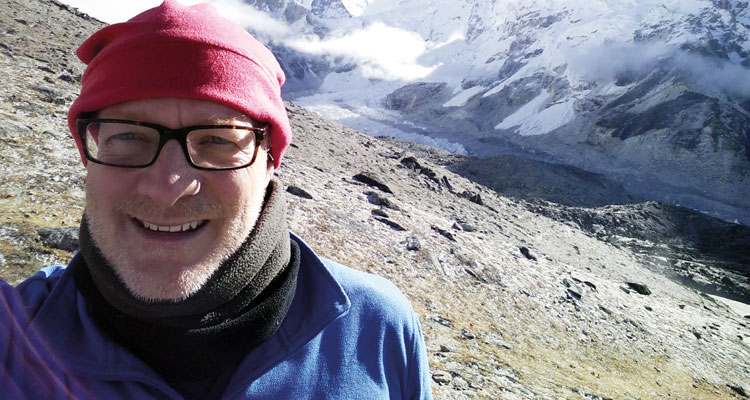 Rod writes, “I have lived in Sydney for 20 years and still have many of the same interests and pastimes that I developed at Stowe. For the last six years, I have been on the board of Manly Rugby Club with a proud history of producing some great Wallabies players, most recently Michael Hooper and Reece Hodge. Believe it or not, rugby is really struggling in Australia. It should be noted that I still support England and went to all three victorious tests in June! I still swim regularly in ocean races. In December, I completed the Bondi to Bronte 2.4km swim. No sharks! I also completed an Iron Man 70.3 in November (2km swim, 90km bike, 21km run). I also took part in the Duke of Edinburgh Award at Stowe and still enjoy adventures including trekking to Everest Base Camp this year. After all that, yes, I do work for a living with 25 plus years in software. I have three grown-up children.”