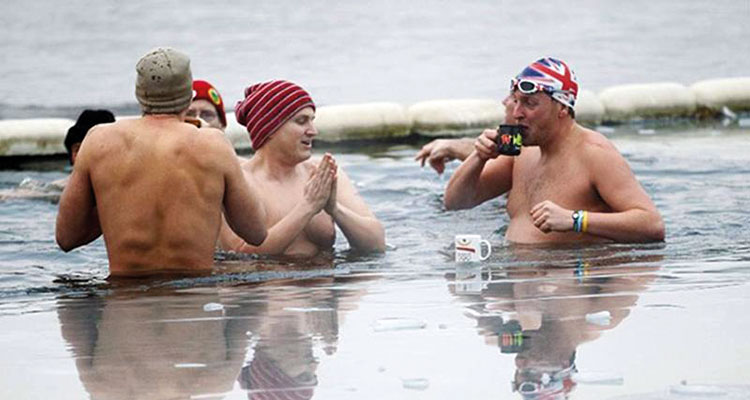 Robin writes to say that after swimming almost daily in the Serpentine Lake (in London’s Hyde Park) for the last 20 years, he has been nominated as the Serpentine Swimming Club’s President for the next three years. The club has a core all year round membership of about 150 with another few hundred joining in the summer to train for events like triathlons. As a result of his long-term association with the club, Robin himself has been featured in numerous news broadcasts as well as appearing on Ready Steady Cook. The club itself boasts more cross Channel swimmers – solo or as part of a relay – than any other swimming club in the country. It is also renowned for its Christmas Day race which has taken place every year since the club was founded in 1864; and in 1903 it became known for awarding the Peter Pan Cup when the cup was offered to the club by JM Barrie. The hard core swimmers swim every day even when there is ice or snow.