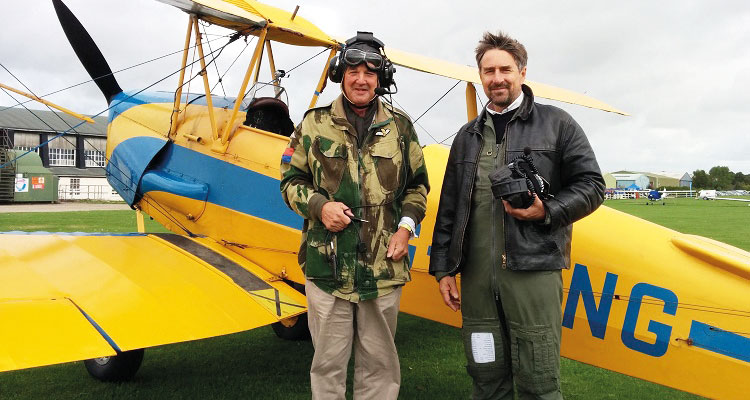 Peter writes, “I was lucky enough to be given an RAF Flying Scholarship in 1962 and learnt to fly on Tiger Moths at Plymouth during the summer holidays that year. In September 2012, I completed a solo circuit at Old Sarum airfield in a Tiger on the 50th anniversary of my first solo. In September 2017, I was checked out and completed another solo circuit, this time on the 55th anniversary. Roll on the 60th.”