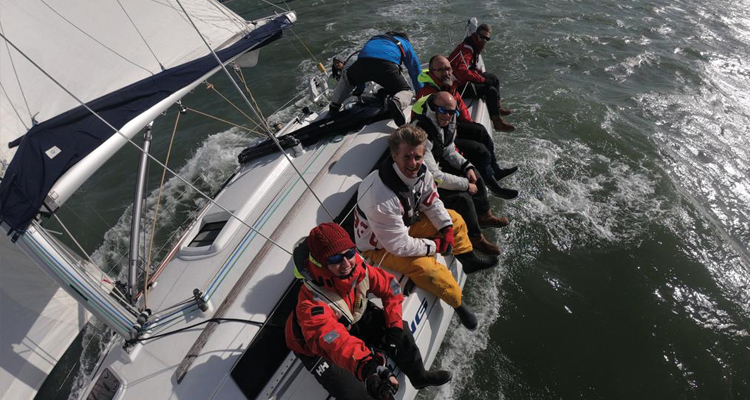 On a very wet and windy weekend in the Solent, the team of seven Old Stoics, skippered by Charles Douglas (Temple 77), took to the water to compete in the 2021 Arrow Trophy Event. Due to the growing interest in the event, this year the fleet was split in two, with Stowe racing on a 37ft yacht along with 13 other schools. The first couple of races were unfortunately called off due to high winds, but after the weather front passed, Stowe left the shelter of Cowes to dominate the start line over the weekend and build on the previous years’ achievements, slowly creeping up the leader board.