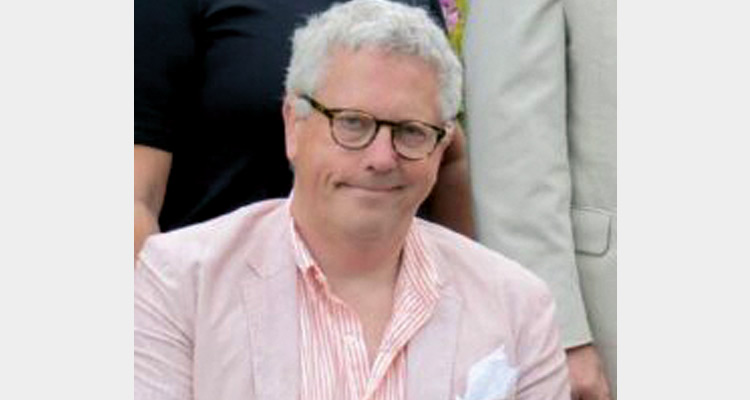 Philip died suddenly on 11 August in Portland, Maine. He was born within hearing of Bow Bells, which technically made him a Cockney. He grew up living in London, Amsterdam, and Copenhagen. After Stowe, Philip moved to America where he joined his sister in attending Syracuse University. After graduating in 1986, he moved to New York where he met his wife, Mary: they were married in 1994. In 1997, Philip and Mary welcomed their daughter Sam, followed by their son, Jack, in 2000.

For most of his career in New York, Philip worked for the Social Register Association. In 2007, Philip and Mary decided to leap into a new life by travelling in Southeast Asia for six months and then landing in 2008 in Yarmouth, Maine. In Maine, Philip worked as a freelance writer and editor for a number of years and then became the Manager of Marketing Operations for Maine Preservation.

Philip contributed to his beloved Yarmouth community in a number of ways: he coached his son’s soccer team and later served on the board of the Yarmouth Colts. He was a proud member of the Merrill Memorial Library Board of Trustees and, at the time of his death, he was serving his fifth year on the Yarmouth School Committee.