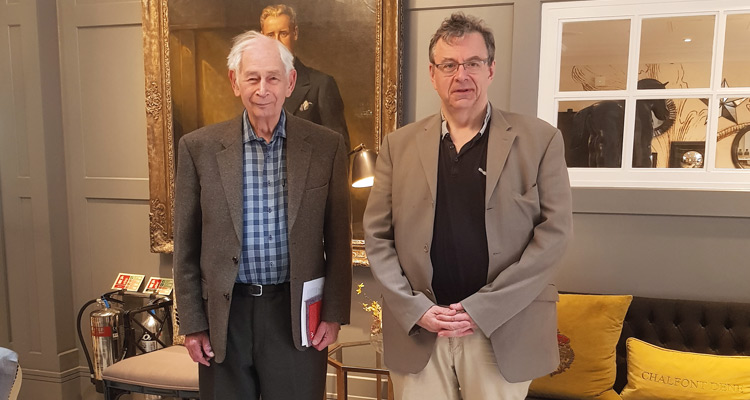 Malcolm writes, “Earlier this year I had the great pleasure of meeting John Tweedie-Smith (Bruce 47). John, who is Father of the Company of Turners, represented West Hill Ward on Wandsworth Council from 1953-1962, the Ward for which I have sat since 1994. We exchanged impressions and stories of the area half a century apart (a couple of years ago I published a history of the Ward). One particularly striking tale was when John had to recuse himself from the Housing Committee while they decided whether the Council should buy his father’s home via compulsory purchase order for social housing! He also sat on London County Council (for the Conservatives) before becoming a founder member of the SDP in 1983.”