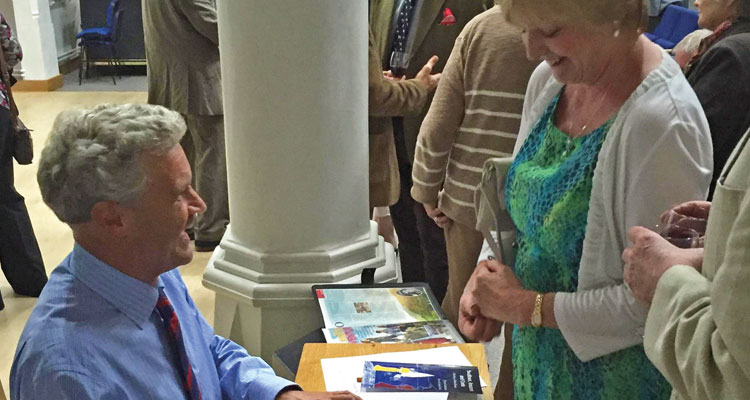 Julian writes, “In 1978, I walked the short distance past the Gothic Temple and across the fields to Akeley Wood, a preparatory school which was on its way back from difficult times. At my final staff meeting at Stowe, Bob Drayson, the then Headmaster, ‘didn’t know whether to congratulate or commiserate’ on my move; but luckily it worked out and I stayed at Akeley Wood for twenty-six years as Headmaster, during which time the school developed a Senior Department and Sixth Form, and grew from 150 to 900 pupils and from one to three sites. Having retired from Akeley Wood, I unexpectedly began another career at the University of Buckingham, where I lectured in English Literature and became Dean of Arts and Languages and Pro Vice-Chancellor. I have now retired for the second time but seem to be as busy as ever. My book Swallows, Amazons and Coots: a Reading of Arthur Ransome was published by the Lutterworth Press in September 2016, and may interest Old Stoics who can remember those Swallows and Amazons novels from their childhood. I’m now working on a book about novels set in schools – everything from Tom Brown to Harry Potter, with Malory Towers along the way. I still live in Buckingham. I am Chairman of Trustees at The Pace Centre in Aylesbury, a charity and school which supports children with cerebral palsy and their families; and I have a bit more time for messing about in boats.”