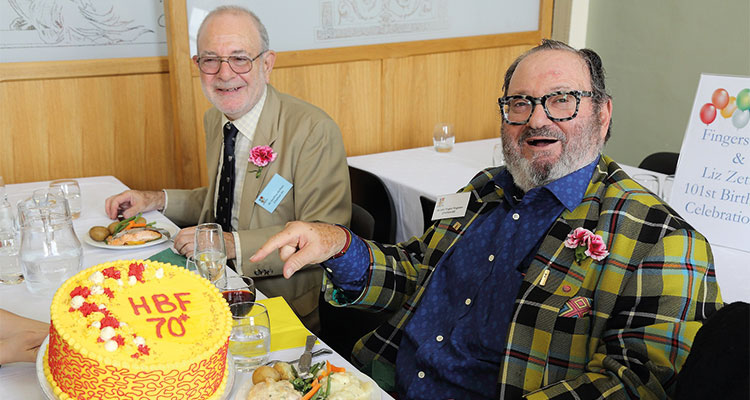 As John “Fingers” Fingleton’s 70th Birthday happened to coincide in September with Old Stoic Day, and after ‘appropriate’ celebrations in London the evening before, there was nowhere else in the world that he would have preferred to spend it than at Stowe. Apart from being coerced by the Headmaster into addressing the massed gathering of nearly 300 OSs and their families on the South Front Portico, many of his contemporaries and chums joined him in ‘The Snug’ for a semi-private lunch (where they even had linen napery, as against everyone else feeding off scrubbed tables!) and a splendid cake (naturally festooned in MCC coloured icing!) and, following yet another ‘few words’ of impromptu oratory, he was presented with the most splendid and original, hand-etched, Stowe-themed, crystal glass gift, as much to mark his 20+ years of service (all of which was a privilege) to the OSS and the School as his achievement of septuagenarian status. All unimaginable on departure 52 years ago!