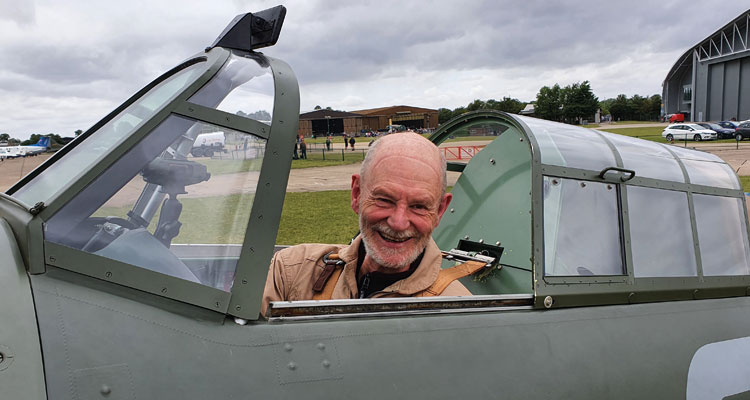 John made his first solo flight in the restored Mk 1 Hawker Hurricane fighter aircraft of which he is a co-owner. It has been rebuilt having been shot down during the battle of Britain in September 1940. The aircraft can be seen in the Imperial War Museum Battle of Britain hangar at Duxford, Cambs.