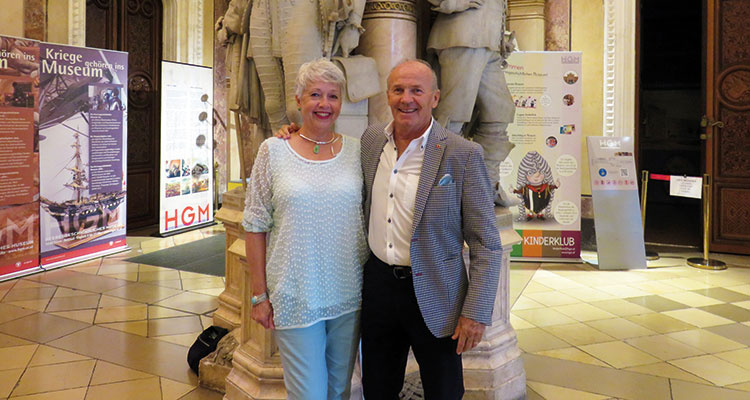 Dick tells us, “Following our travels in December 2015, criss-crossing the Indian Ocean, we embarked on a European river cruise, on Scenic Luxury Cruises & Tours – an all-inclusive Australian company. The two week cruise sailed north, from Budapest to Amsterdam, with excursions produced exclusively for scenic ‘ports’ of call up the Danube and Rhine including: Vienna, Dürnstein (and a 30km cycle ride along the Danube), Salzburg, Regensburg and the Danube Gorge, historic Nuremburg, medieval Bamberg and Würzburg and an Oktoberfest celebration in Freudenberg. More medieval wonders awaited in the spectacular Rhine Gorge and Marksburg Castle. A stop in Cologne en route for two days of sightseeing in Amsterdam, concluded the fantastic voyage. Mid voyage, we celebrated the birth, in Whistler, BC of our first grandchild – a grandson, Linden Kennedy Clegg!”