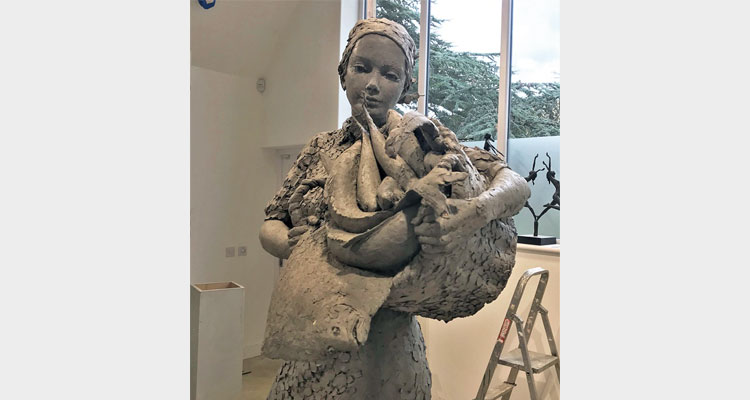 David writes, “Having moved down to Oxfordshire last year and married Nikki Shale in April this year, I have been busy in my studio. I have recently been awarded two exciting public commissions. The first is a fishing memorial for Aberdeen to commemorate all the men and women who have served in the Industry. It will consist of two sculptures, a fisherwoman and a fisherman, that will sit outside the Aberdeen Maritime Museum, due for completion and unveiling in the first half of next year. My second appointment is as sculptor for the Normandy Memorial Trust. They have enlisted me to create the D-Day sculpture which will occupy a prominent position on the forecourt of the memorial against the backdrop of ‘Gold Beach’. It is a huge honour and one that I am very much looking forward to undertaking. The sculpture will be unveiled in 2019 to coincide with the 75th anniversary of the landings.”