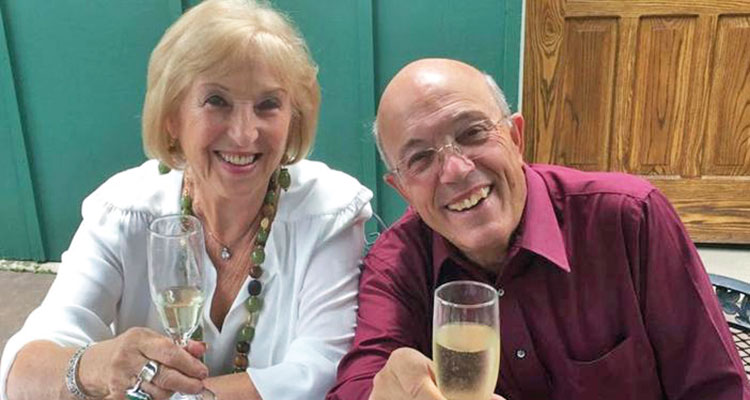 Alastair writes, “Another year has gone by in sunny southern Arizona, but 2016 was special, as Helga and I celebrated our 50th wedding anniversary – over five months! In May we travelled to Provence, Paris (where we met my sister), Vienna and Poland. In June and July we partied with all the family in Colorado (the junior Stones were starting their annual home leave). On 26 August (the day) we partied at home in Arizona with friends and neighbours. In September we had more fun in Seattle, as son Daniel had to collect his wife Erica, and our grandsons Taylor and Hayden, and take them back to Dubai! For the record, it was at a party hosted by an Old Stoic, sadly no longer with us, that Helga and I first met in February 1963. Thank you, Lindsay, for triggering such a long, happy, relationship!”