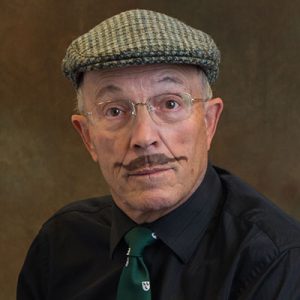 Alastair writes, “Helga and I had a wonderful Old Stoic Day in September, especially with two nice friends from Temple House, Anthony Littlejohn (Temple 59) and Patrick, The Rt Hon The Earl of Annandale and Hartfell (Temple 59). Amazingly, when we were being shown over Temple, we found the House Cricket Leagues cup. All three of us were on the Temple team, which won it in 1959! Stowe Chapel remains a very special place for me and all our family – it was such a privilege that I was asked to read the lesson. Back home in Arizona, I’ve just played the part of Dr Watson, in a Sherlock Holmes melodrama.”

View by decade or house